It’s been a while since I’ve written last.. Each Beta cycle is expected to take 2 weeks, but they seem to be brushing right up on a month. There’s been a variety of work behind the scenes, but its time to post another Cool Image from the WM Pro development.

Beta-3 adds Bezier curve segments to the Line and Polygon tools, as well as handy things like importing/exporting of paths and shapes via SVG and AI formats.

Here’s a new example world file that shows a bit of the Layout mode UI: 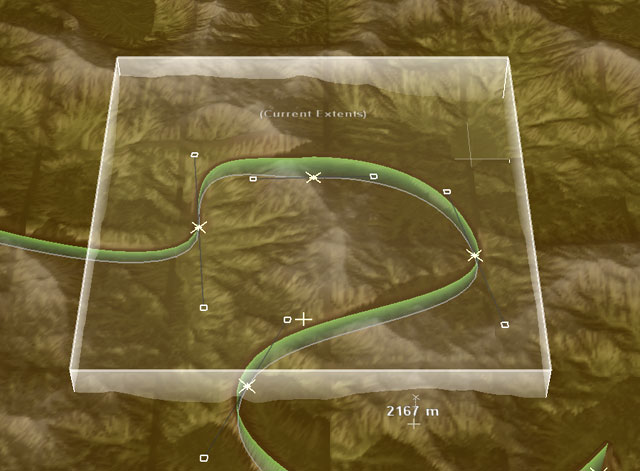 Something to notice here is that it’s quite possible to view the end result of your working pipeline while working on something higher up the chain. In this case, I’m editing the spline path defining the road, while viewing the result after being eroded, textured, and lit. Although it takes a strong machine to work in this way, the results are pretty awesome.

Here’s a “final build” look at the terrain & texture: 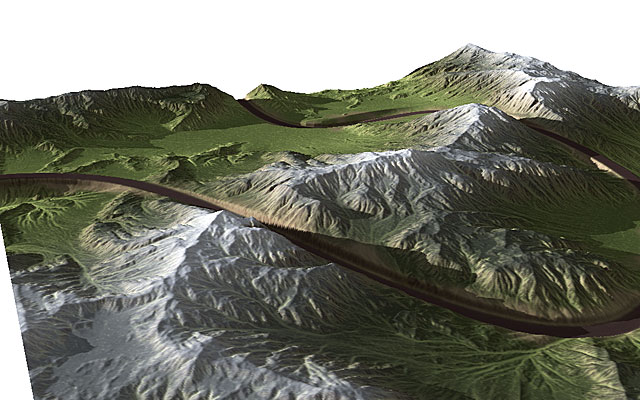 That looks pretty cool! I hope Beta testing goes on with not too many drawbacks. Congrats for the phantastic work!

almost no need to render it in a different application 😉

@walli: Yeah, add some clouds and trees and it is perfect! 😉