Time for a sneak peek at another new WM 2.9 device: The Mimic Device.

This has been in R&D stasis for at least the last six months; I finally got a chance to finish it up this week, and I am confident in its polish level enough to slate it for inclusion in this upcoming dev channel release.

What is the Mimic Device?

The Mimic device allows you to reshape a terrain to mimic the elevation profile curve of a model reference terrain.

What does that mean? A few images might make it more clear. Let’s say we have a basic perlin noise terrain:

And we have another terrain as a model. (Edit: I’ve updated this example to be more obvious!)

Quite different from basic Perlin Noise! Nonetheless, the mimic device transforms the input terrain shown in the first image using the above as a reference… into this:

You can see that it follows the same general shape as the original input, but it matches the elevation range, and more importantly, matches the elevation profile of the model input! Note that the Mimic device cannot introduce detail that wasn’t there to start with –But it does make what is there look the same.

Here’s another example. Let’s say our model terrain was terraced (in this case, by adding a Terrace device to a Voronoi: 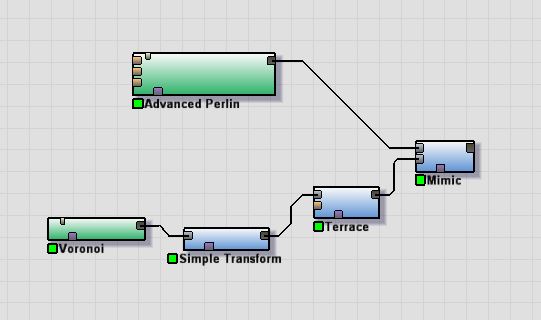 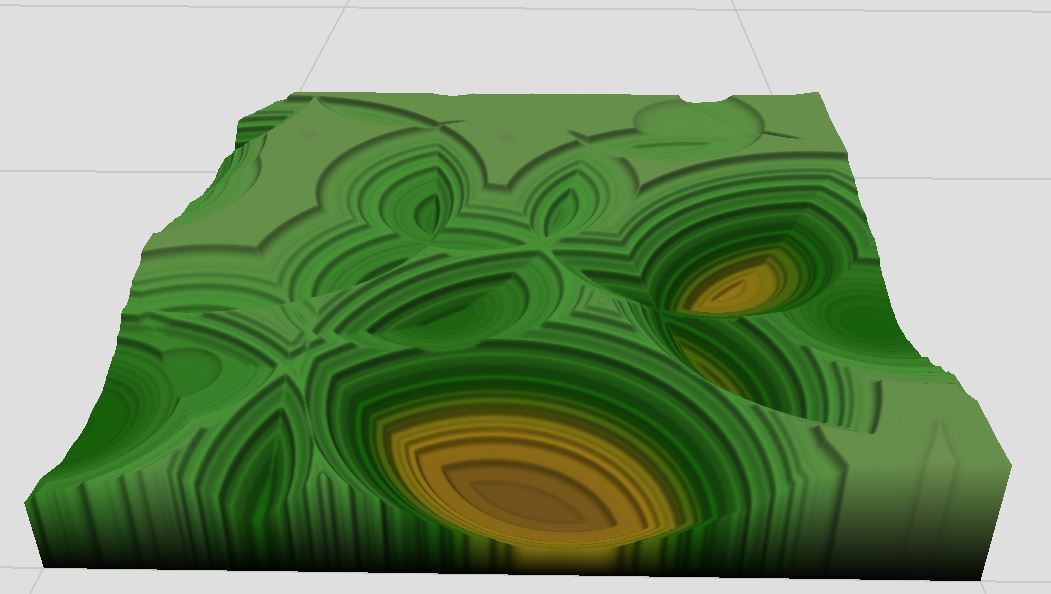 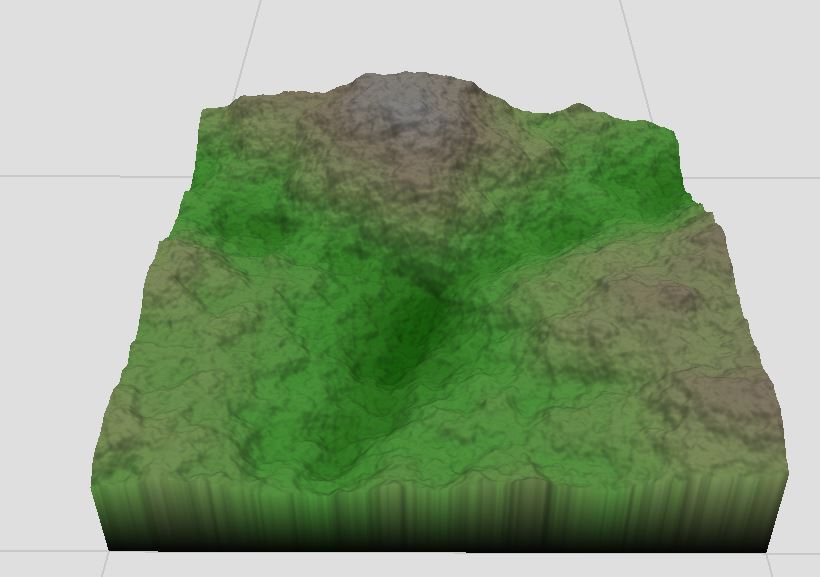 And sure enough, the terraces are replicated on the mimic! 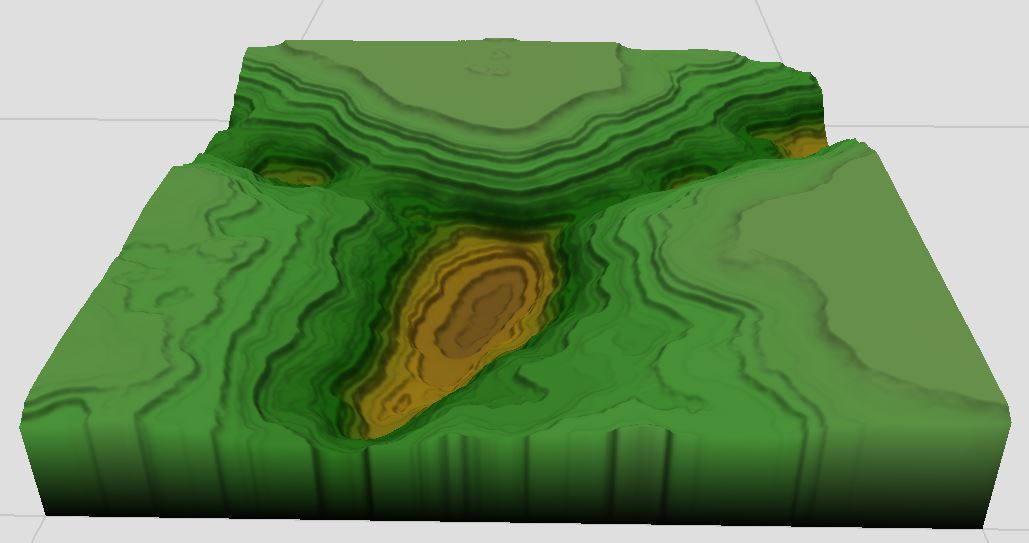 The immediate use cases that I developed the device for include:

An interesting side effect of the Mimic is that it can actually be used to “erase” changes made to a source terrain, as long as those changes don’t reverse the profile curve of the terrain. For example: In the above example world, if we moved the terrace device from the Voronoi chain to the Perlin Noise chain,  we could take that resulting terraced perlin noise input and actually remove the terraces from it by using the smooth-sided terrain as a mimic reference!

This surprising power works because the Terrace device doesn’t create completely flat ledges, and so can be reversed. If that was not the case (for example, if you were trying to reverse the terraces from an 8bit input file) then the Mimic would not be effective as-is — you would have to blur the input terrain first.

Of course, nothing is perfect. What can’t the Mimic do?

Balanced against those relatively few caveats, however, is a lot of utility.

3 replies on “The Mimic Device”

Interesting and intriguing the same time. It really makes me curious to see how it can be used and how the results can be manipulated. Does it has any parameters, like power/percentage of mimicking the source?

There are a few parameters:

3) Extended matching — This does some magic to further enhance the matching to the feel within a local area of the model.

Definitely, a very interesting device. I checked your devices screenshot and I was happy to see that it has an alpha input. I think it`ll be a really useful device and maybe used as much as the erosion devices.
One last question.
Remnant, you showed us in your blog all these future goodies.When are we going to taste them? 🙂