It’s been a little quiet here, so let me shine some light on what’s cooking at WM!

The next Dev Channel release contains major fundamental changes to the underlying device infrastructure in WM. Those changes started with multiple-res support…. but it wouldn’t be a bad idea to start giving some tours of the new features that will be in the next dev build.

A whole previous blog post deals with localspace, but in a nutshell this allows you to create “local” packets that are not referenced to the world.

Why is this useful?

Read the previous post for more details, but this really enabled powerful (and completely new!) workflows for WM. Things like creating hero volcanos or craters in isolation and then splattering them across your terrain randomly; or creating textures for your terrain; etc etc.

Lots more will be written about this as it comes nearer. In my playing with it, it really is a game changer, opening up novel workflows in World Machine for creating terrains in a way that you really couldn’t before.

But besides localspace, what else has been added?

Since the UI needed lots more indicators to work well with Localspace, I’ve been taking the opportunity to fix a few UI issues that have been bothering me…

It can be a bit laborious to set resolutions on each relevant device by hand. Now you can set them by group: 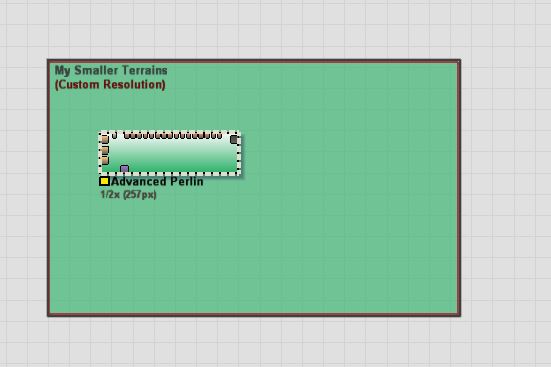 This ability also works well with the next item…

Groups are a World Machine feature that I’m really happy with; they help you organize and make sense of your node world. I’ve seen a number of world files “in the wild” that have tried to use hierarchies of groups; unfortunately in WM 2.x it doesn’t work very well. Groups would double-move devices, not move their children, and all kinds of other headaches.

This has been corrected: 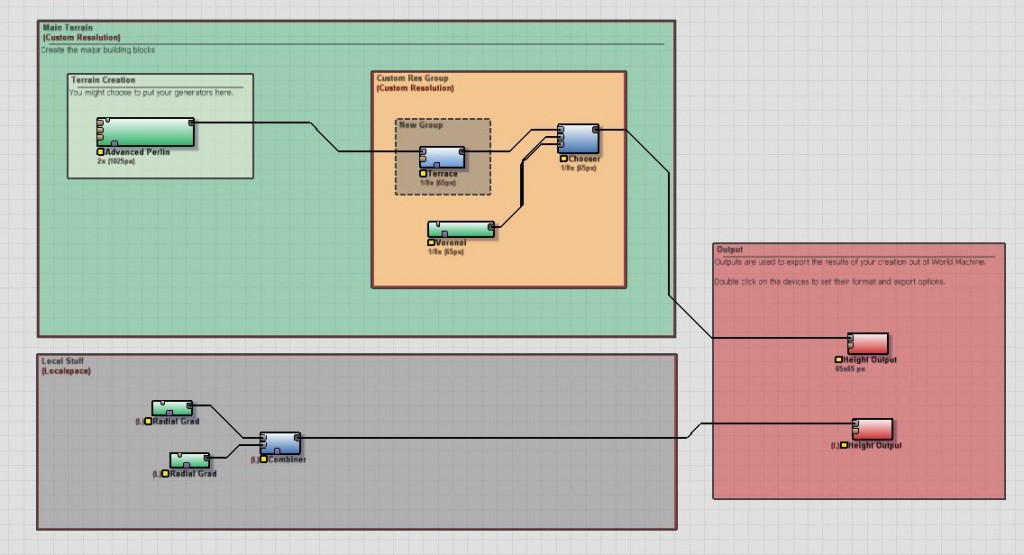 Groups now behave as you would expect when nested; moving a group moves its nested groups, etc. In general I’ve just given a second pass through group behavior to make it less likely to mess things up.

The right-click behavior in the device view has been changed. Now r-click brings up a context menu for whatever you have selected; you can still flip views with the first menu entry, but you can also do other things like quickly add a device, access overrides, etc etc. I find this very useful! 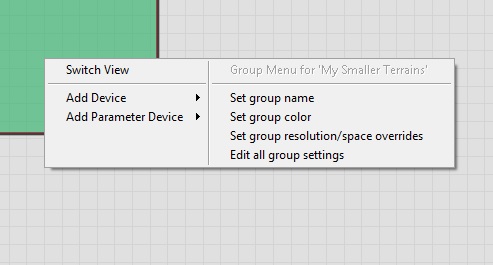 They are here. They are secret for now 😉

Update: I’ve never been very good with secrets. Here’s a teaser image of the Scatter device distributing a simple localspace heightfield as a random fractal: 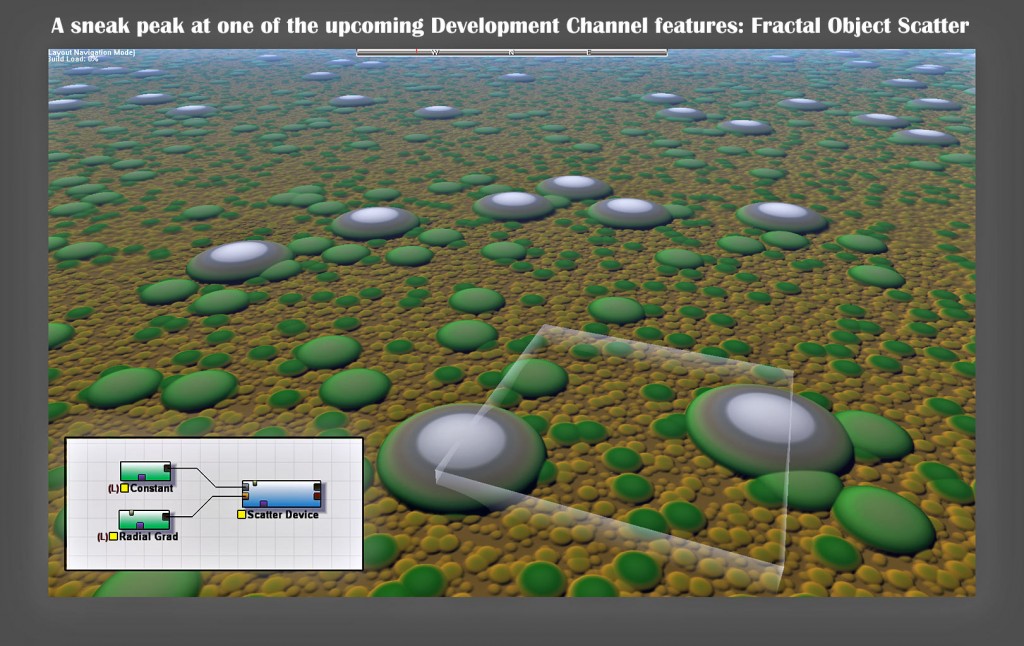 Local space sounds great! I’m using something similar to do semi-procedural terrain in the Unity engine. I create ‘brushes’ in world machine, load them when the game starts up, and stamp them procedurally across my world. You still get lots of variety, but it’s easier to get that world-machine flavor in there.

Yep, same idea. It’s very useful to be able to do this within WM itself, especially when setting up “megatexture” style worlds!