I’m working on getting the feature set of Layout Mode finalized for the end of alpha testing and the start of beta. It’s getting fairly close! Probably within the next week or so I’ll make a post showing off some of Layout Mode.

In the meantime, I’ve also enhanced a few other areas. RGB support has been added to several useful devices such as the Combiner, Bias/Gain, etc, to facilitate working better with RGB imagery. When combined with the Lightmap Generator, you can create some pretty cool images.
Remember this blog entry? Here’s the same scene enhanced a little bit with some fractal noise added to the colormap, and a lightmap multiplied into it. Note that all of the lighting here has been baked into the texture; no vertex lighting need be done. 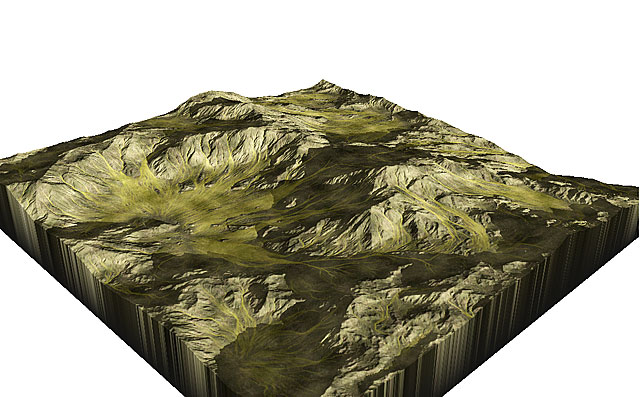 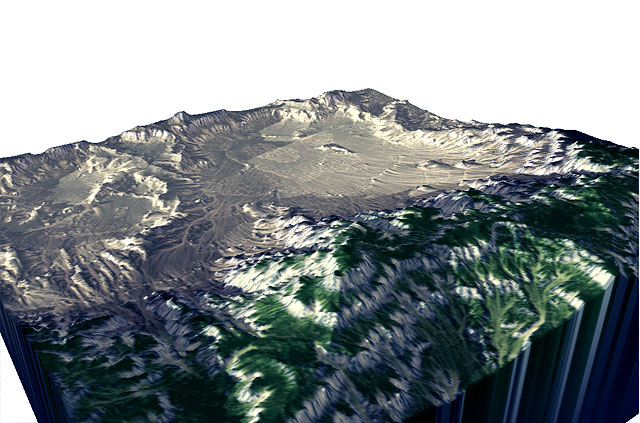 Now, for digital artists using dedicated terrain renderers such as TG, the RGB support is of limited value since it mostly is duplicating functionality found in your renderer. For general purpose renderers, creating various surface color/surface maps in WM and then importing as texture maps is a godsend — and for game developers one way or another it’s a necessity. So although the RGB stuff started as just a fun experiment, the more I play with it the more convinced I am of its powerful functionality.

4 replies on “Workin’ with colors”

that sure is sweet looking, I like the almost fluvial flow of lighter yellowish colors down the elevations, very nice! SeerBlue

Holy Smokes! A Lightmap Generator as well. That is very nice. 🙂

How does it look up close? If it’s gonna be useful for creating textures for games it’s got to look good from the player’s camera or be cheap for in the distance. Looks really good so far though.