Just wanted to mention that code changes are essentially complete for 2.3. I was originally hoping to have it released by Christmas time, but it looks like it will slip that a little bit.

Mostly, because I am trying to include some additional resources such as new macros and example files. Many of these reflect common questions or scenarios addressed on the forums over the years, so I figure it makes sense to make these available to everyone included in the default distribution.

For example, here’s an image from a newly included example file demonstrating how to create a volcano: 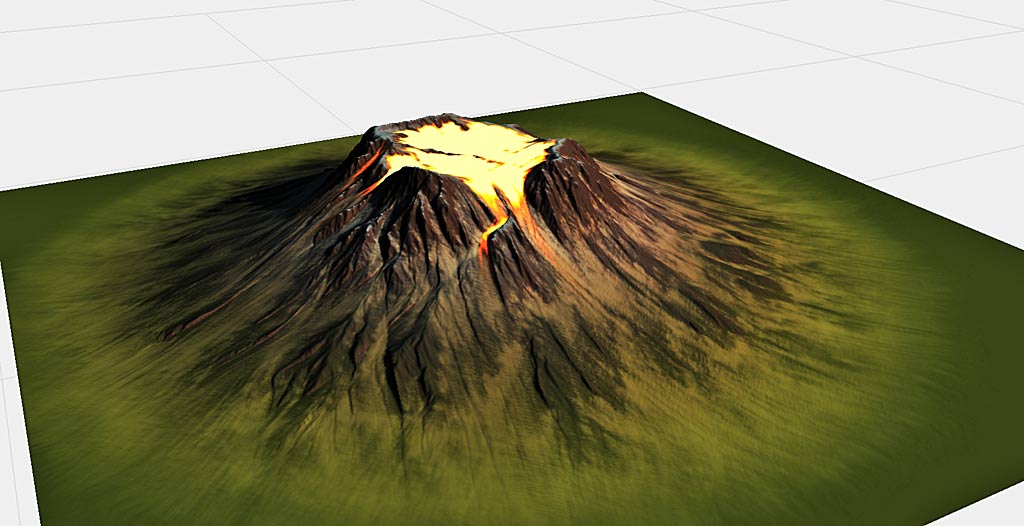 The example above demonstrates how to place a single “hero” mountain onto the terrain, as well as punching a crater into the top of it and simulating lava flow with the snow device.

Merry Christmas to all!

That’s sounds great Remnant. Thank you for the blog update.

Hi, is this still in active development? I created a macro in 2.2 that took weeks to create, but it has stranded route points and I can’t open it anymore.